By Oli Holmgren on December 5, 2014 in Do It Yourselfer 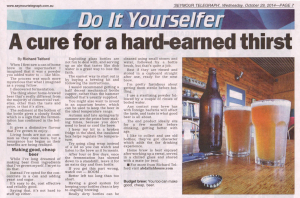 When I first saw a can of homebrew in the supermarket I imagined that it was a powder that you added water to – like Milo or something. The process was much more mysterious that what I imagined as a young fella. I discovered fermentation.

The thing about making your own beer that’s really different from the majority of commercial varieties, other than the taste and price, is that it’s alive. The sediment at the bottom of the bottle gives a cloudy finish which is a sign that the fermentation has continued in the bottle. It gives a distinctive flavour that I’ve grown to enjoy.

Living foods are not as common as they once were, but a resurgence has begun as their benefits are being realised. 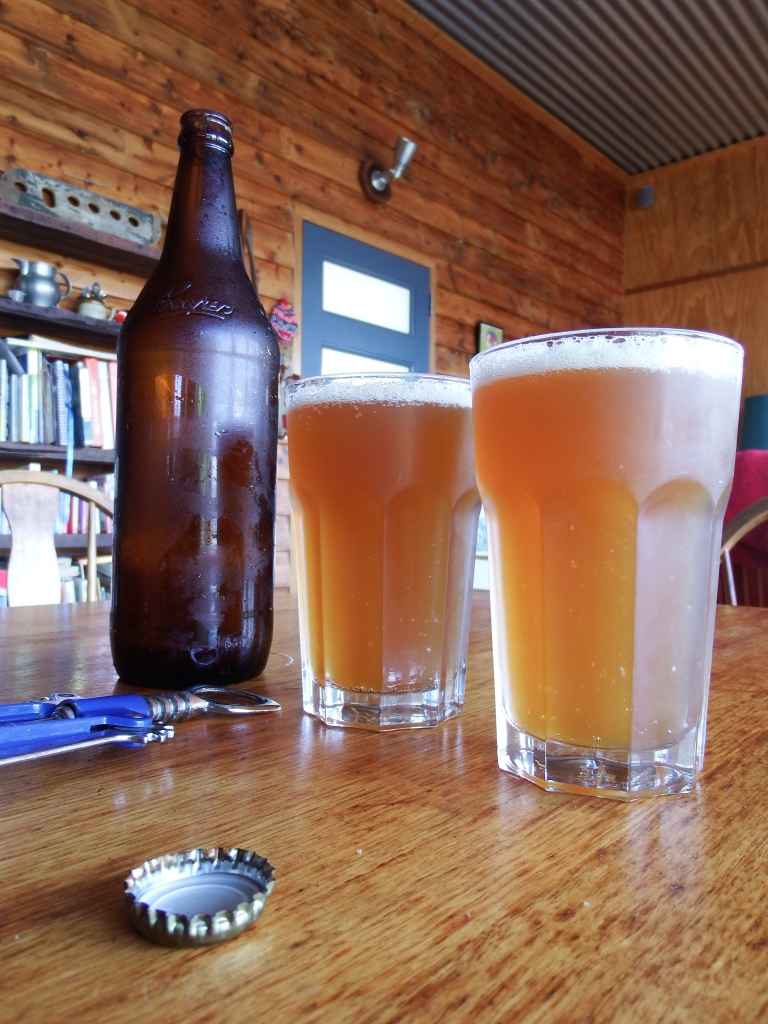 Why not make your own beer? It makes ‘cents’, and is a welcome relief after a stint in the garden.

While I’ve long dreamed of making beer from ingredients that I’ve grown myself, I’m yet to do that. Instead I’ve opted for the concentrate in a can and add yeast and sugar. It’s easy to do, cost effective and reliably good. 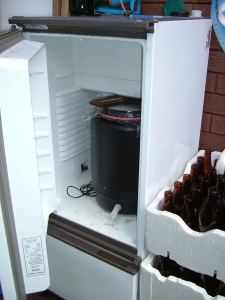 Saying that, it’s not hard to stuff up either. Exploding glass bottles are not fun to deal with, and serving up an ale that tastes like dish water is a great way to loose the faith.

The easiest way to start out is by buying a brewing kit and follow the instructions. I’d recommend getting a half decent mechanical bottle capper, rather than the hammer method that’s usually supplied. You might also want to invest in an aquarium heater, which can be used to keep the beer in the ideal temperature range.

Autumn and late Spring / Early summer are my prime beer making times, as I don’t need to heat or cool the brew. I keep my kit in a broken fridge in the shed, the insulated box helps regulate the temperature. 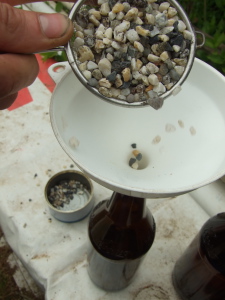 Try using cling wrap instead of a lid so you can watch and listen to the brew as it ferments. After four or five days, once the fermentation has slowed down to a standstill, leave it for an extra day and then bottle. If you get this part wrong, watch out – BOOM! Better left too long than too short.

Having a good system for keeping your bottles clean is key to ongoing brewing. Really dirty bottles can be cleaned using small stones and water, followed by a bottle brush, but that’s quite a job. Best if they are rinsed and stored in a cupboard straight after use, ready for the next brew.

I’m pretty fastidious about getting them sterile before bottling. I use a sterilising powder followed by a couple of rinses of boiled water. Any contact your brew has with foreign bacteria will affect the taste, and taste is what good beer is all about.

The end product ideally sits for a few months before drinking, getting better with age. I like to collect and use old bottles, they’ve got character which adds the the drinking experience.

Homebrew is best enjoyed after working up a sweat, served in a chilled glass and shared with a mate (or two). 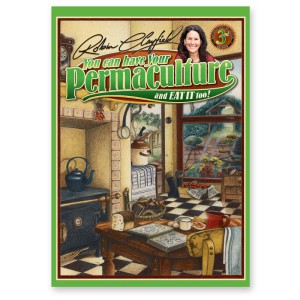 Find out more about Richard’s urban adventures at Abdallah House 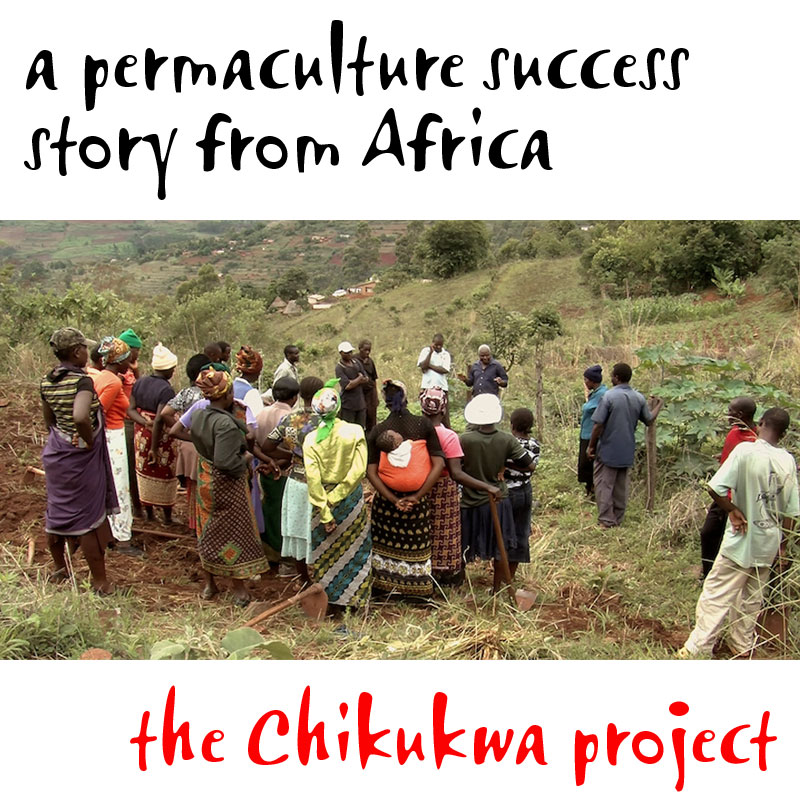 Join our email list for updates and special offers 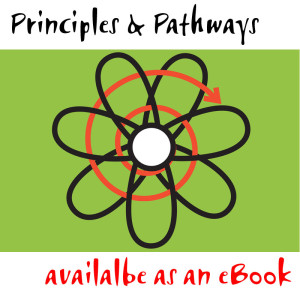