We need to discourage inappropriate activity to ensure that systems can continue to function well.

The icon of the whole earth is the largest scale example we have of a self regulating ‘organism’ which is subject to feedback controls, like global warming. The proverb “the sins of the fathers are visited unto the children of the seventh generation” reminds us that negative feedback is often slow to emerge.

Here at Yandoit Farm, Michael and Lisa are regenerating the land through forestry, annual / perennial food systems and grazing management. In this establishment phase there is a lot to be done and work exchange networks have connected willing visitors. Steve is a valued helper, practical and socially adaptable, who keeps coming back. He built his ‘unity wagon’ on the farm to create his own space, giving him the freedom to return regularly and help out when needed. 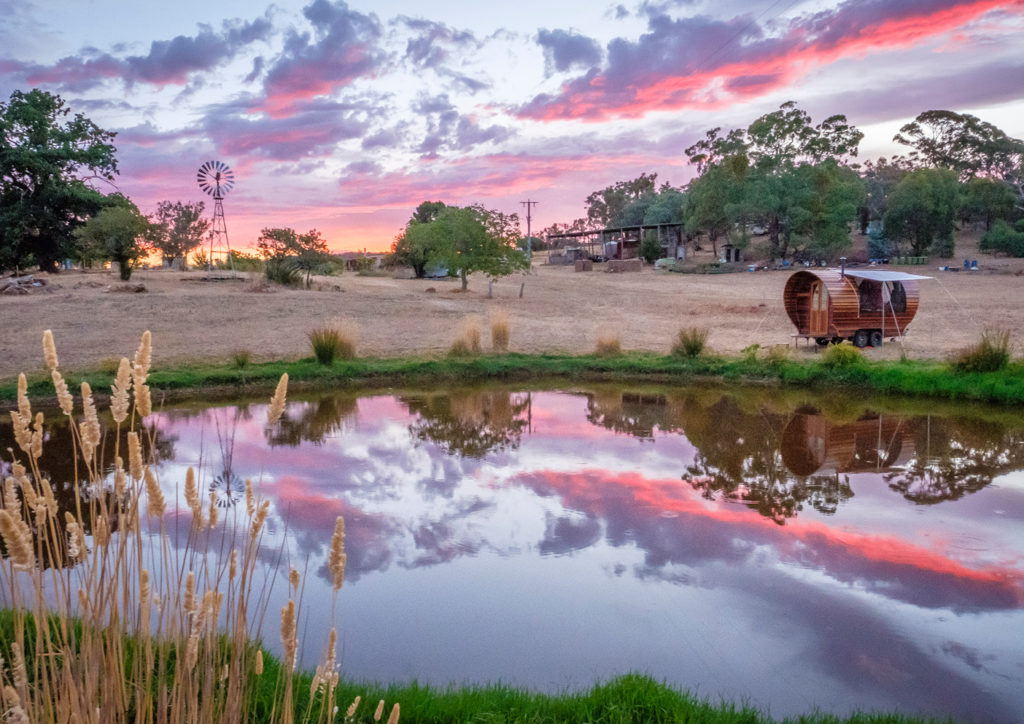 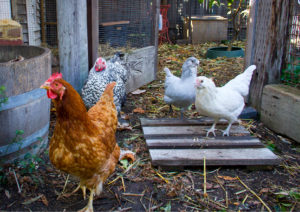 Supervised ranging in the garden

When contained in their straw yard, chooks work over garden scraps and weeds, which, mixed with manure, form the basis of a rich compost. However, this scratching behaviour can create havoc if left unchecked in the food garden. Shorter supervised periods of free range time allow chooks to scratch weeds and pick insects from around the edge of garden beds and paths without damaging plants. Train chooks to return to their pen afterwards with a handful of grain. 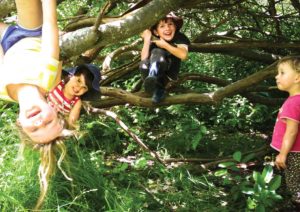 Lily, Verti, Nate and Beatrix hang out in one of their favourite places, which they call ‘the mud trampoline’, as part of The Eco School’s nature play sessions. They pretend that they are a family of spiders in a web, where they climb, hang, bounce and sometimes fall onto the thick layer of leaves and soft earth below. They choose their own adventures for the day, outdoors in all kinds of weather, take risks, experience consequences, and learn to manage themselves in the world. 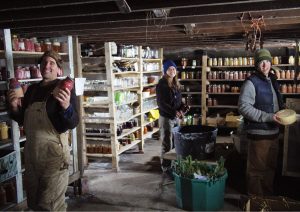 Ethan, Margaret and Dan show their store of food at the Possibility Alliance – an educational homestead practicing self-reliance and radical simplicity. Preserved and fresh produce are stored in their communal cellar during times of abundant harvest, which gives them a diverse array of food for the lean winter and spring seasons. They manage to thrive without electricity or petrol, by living within the limits of what they are able to source locally and preserve on the farm. 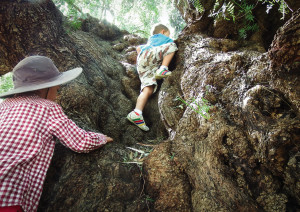 Reaching for the sky

For Sen and his older brother Kai, this gnarly old Peppercorn tree was just asking to be climbed. Having the freedom to take some risks is an important part of what it is to be a kid. The challenge to explore the unknown from a young age helps children test and set their own limits, hopefully, with only minor injuries on the way. This can help better prepare them for responsible behaviour as they grow up, so they can recognise how far they can push before going too far. 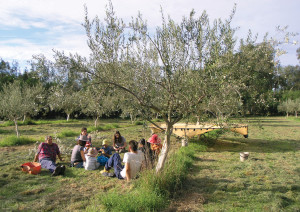 Taking a break during a shared effort

This modest sized olive grove at Murrnong is harvested manually by a team effort. A sociable and family friendly day brings together friends and guests to help with the harvest. We each manage our own physical effort to contribute as best we can. With a good harvest method, rest breaks, food from the farm, and produce to take home, we try to make it an enjoyable day and to create a fair exchange. – David Arnold 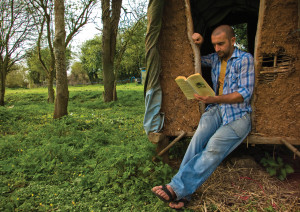 “money… creates a kind of disconnection between us and our actions” says Mark Boyle who lived without money for almost three years. He focused on the things that he was passionate about and connected more closely with his surroundings.The impact of his lifestyle was in front of him, rather than some far off place. Books became part of his daily diet, while foraged and cultivated food sustained him. “When your needs are simple, it doesn’t require much time or work to meet them.”

Photo taken near Bristol in the UK and contributed by Jose Lasheras. See Marks’s book The Moneyless Manifesto in our store. 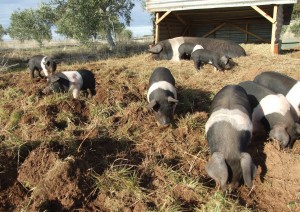 This pig system at Taranaki Farm uses their natural behavior to ‘plough’ the land between the olive tree rows, ideal for sowing an annual crop. Spent straw becomes mulch, the manure fertilises the earth and snouts dig and aerate the soil. Left too long this system can cause erosion, create health problems for the pigs and over fertilise the soil so it’s important that the mobile hut and portable electric fence are moved to fresh ground further along the row well before this happens. 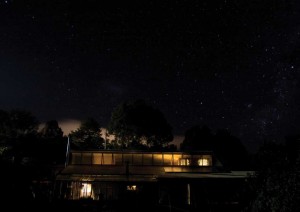 Electric light switches are so easily turned on, and can easily be turned off. In some countries electricity is relatively cheap; we can ‘afford’ to light our houses up and turn night into day. The negative feedback that we must accept is climate change due to carbon emissions. The average daily electricity use for Australian households of 20 kW/hr could easily be reduced to less than 5 kW/hrs. 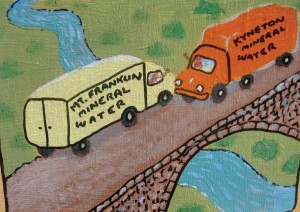 Trucked bottled water is an extreme example of the stupidity of consumerism. “The Supermarket – epicentre of our civilisation – the magic pudding, no matter how fast it’s emptied, the next day it is full again. But what would happen if the little elves didn’t fill the shelves? …Let’s wander down the aisle and choose a product from the mind boggling array on offer.” – Ben Laycock (Mural artist) 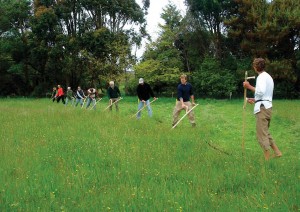 Christoff teaches a relaxed ‘tai chi’ style of scything that is healthy for the person mowing. Physical work requires self-awareness of technique and muscle use, motivating reflection on the value of the work. In our post peak oil world large unproductive lawnscapes will be less desired, replaced by a more thoughtful integration of land uses. Scything leaves neat windrows ideal for pitchfork collection of grain harvest, fodder or garden mulch. 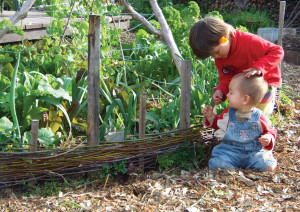 In this small home garden spaces are carefully organized. Level paths set lower than garden beds act as infiltration basins, preventing vegetables being flooded while storing runoff water in soil under a thick layer of woodchips. Fruit tree prunings weaved around stakes retain soil and mulch and act as a barrier to deter traffic. Kai and Sen are learning to understand boundaries. They are free to play and graze, but not to run amok.

Photographed at Abdallah House in Australia by Richard Telford